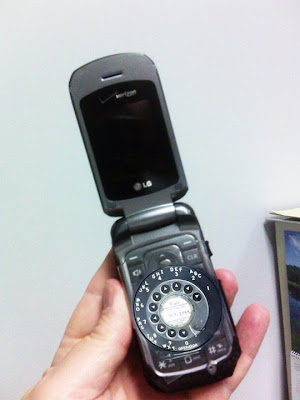 Do you know why the Republican-heavy Supreme Court wants to ban class action lawsuits?
Because huge corporate slime like AT&T are running the government, and the government's whore politicians select these pimps in robes on the Supreme Court to do corporate America's bidding.
In a few days, I plan to dump AT&T "U-Verse", after I was lied to and told my AT&T DSL wasn't fast enough to meet my Wi-Fi needs, but that "U=Verse would astound me with it's performance!"
I could literally write a book about the many ways AT&T has lied to me and screwed me, and I'm sure millions upon millions of others could do the same.

Dial-up Internet is unpopular because it's slower than a half-dead tortoise. If you have dial-up and a lot of luck, you can expect 0.5-0.6 megabytes per second (MBPS) of download speed.
DSL Internet service from AT&T allegedly was said to be a lot faster, offering consumers "between 1.75 and 3.0 MBPS speed." That should be enough to have Wi-Fi and most television viewing options live-streamed to your TV through a router. All but HD movies can work just fine at these speeds.
Trouble is, AT&T cannot deliver those DSL speeds to each consumer it promises it can.
They lie and I know they lie because they lied to me.
Fiber-Optics Internet service from AT&T was supposed to be lightening quick, giving "at least 5.0 MBPS, and even up to 7.0 MBPS, maybe more." It would literally end my download speed issues for good, as the lying sack of shit from AT&T sales told me.

After six solid months of countless AT&T tech support calls, in-person AT&T tech visits, in-person IT professional visits, and a million complaints to AT&T, it turns out to be one basic thing:

AT&T sells shit and services it can't deliver, tells outright lies to consumers, and makes promises out the wazoo none of them have any intention of delivering on.

Anyone know of any class action lawsuit againsts AT&T for consumer fraud that the SOTUS hasn't yet dismissed in favor of AT&T?
If you do, let me know. I'm in.
Posted by Karen Zipdrive at 8:07 PM 7 comments:

Email ThisBlogThis!Share to TwitterShare to FacebookShare to Pinterest
Labels: ATT Lies and Fraud

Email ThisBlogThis!Share to TwitterShare to FacebookShare to Pinterest
Labels: Face Ripper Monkey GOP Hopeful
Heh, Heh, Heh, I've Been Waiting For Something Like This 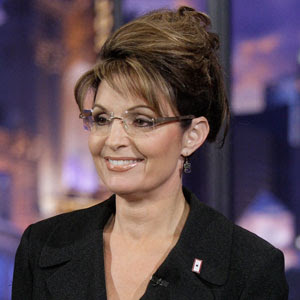 "Blind Allegiance to Sarah Palin: A Memoir of Our Tumultuous Years" is due out Tuesday and based on tens of thousands of emails that Bailey said he kept during his time with Palin. It began with working on her 2006 gubernatorial campaign and continued through her failed run for vice president in 2008 and her brief stint as governor
Redundant?
Sure, but some jokes never get old, no matter how many times they're told.
Posted by Karen Zipdrive at 12:37 PM 4 comments:

Does This Guy Seem Innocent to You? 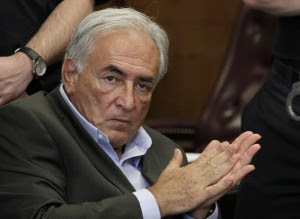 It's been all over the news--the French head of the International Monetary Fund, Dominique Strauss-Kahn, was arrested and indicted for sexual assault and six other related counts in NYC.
The NYPD pulled him off an Air France plane bound for Paris and threw him in Rikers.
The "alleged" victim was a chambermaid at the Sofitel Hotel in NYC, where DSK was staying in a $3,000 per night suite.
I know it's proper to say "alleged" before a criminal is found guilty, but since I have already found him guilty in my mind, I will dispense with the "alleged" bullshit.
Thinking the room had been vacated, she walked in to find DSK emerging from the bathroom, completely naked. He spotted her and chased her down like a great white hunter after a cheetah, dragged her into the bathroom and forced her to give him oral sex.
They found his sperm on the floor where she spit it out, and they found scratch marks all over his liver spotted back.
Initially remanded without bail because he had the means to be a flight risk, his lawyers pulled a Bernie Madoff and got him out on a million-dollar cash bail, where he must stay on house arrest at some Upper East Side palace until the trial.
Come on, people.
Had DSK been wealthy aluminum siding King Irving Glickberg from Des Moines, he'd be thrown into general population of Rikers, chased down like a cheetah and raped on the hour.
But no.
He's so very special.
He is Le Grand Seducer.
He's a French multi-millionaire who oversees the IMF, so that makes him even more special.
I'm not sure yet whether he can pull enough strings to be found not guilty and allowed to leave America with his tail between his legs.
However, there has been one small victory.
He's been canned as head of the IMF, so he can no longer do to needy countries what he did to that hotel maid.
Maybe he'll just skulk back to Paris and rape a few local female reporters again.
Allegedly.
Posted by Karen Zipdrive at 12:35 PM 6 comments:

Obviously, Bush is the same petty, egotistical imbecile as ever.
He failed to get the job done, so now he's pouting that President Obama is not sharing the victory lap with that sniveling idiot.
We all know the Bush family has been cozy with the bin Laden family for decades.
On 9/11, George H.W. Bush was in Washington DC, meeting with the sneaky Carlisle Group, along with another member: one of the bin Laden billionaires.

The only airplane that was allowed to leave the United States on 9/12 was filled to the brim with those bin Laden creeps, taking them back to Saudi Arabia as quickly as humanly possible. We know that, too.

The only mistake made when U.S. Navy personnel threw bin Laden's corpse to the sharks off the deck of the U.S.S. Carl Vinson was this: they should have thrown his good buddy W in the sea with him, for treason, collusion and other high crimes and misdemeanors.

And they could have made it a real party by adding Dick, Condi and a splash of Rummy while they were at it.
Posted by Karen Zipdrive at 6:06 PM 8 comments:

Email ThisBlogThis!Share to TwitterShare to FacebookShare to Pinterest
Labels: George W. is still a clueless idiot 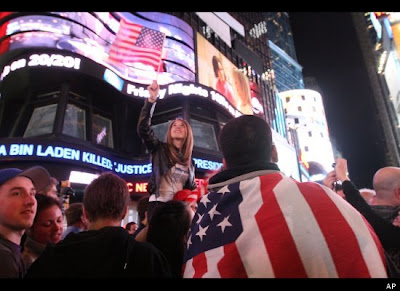 This time, it really was time for a president to say,
"mission accomplished."
Now it's time to get out of the Middle East and end these idiotic wars.
The president did what he set out to do.
I loved that the Americans threw his carcass in the ocean rather than have his fanatic buddies give him a gigantic martyr's funeral.
The media said he was "buried at sea." LOL! I prefer "thrown in the ocean as fish chum."
Rest in Hell, Mofo.
Posted by Karen Zipdrive at 8:58 AM 16 comments: