Sorry, Mitts, But You've Been Punked. 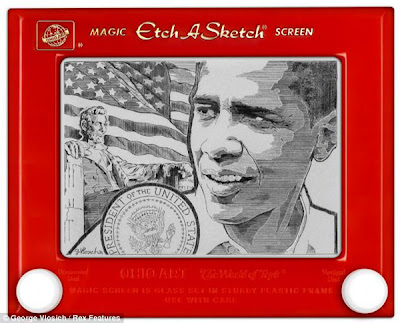 What's the first word you think of when you hear the name Dan Quayle?
Potatoe.
Now, thanks to one of Mitt Romney's dimwitted political staffers, the Etch-a-Sketch will forever be associated with Romney's shallow, wishy washy political ideology.
We liberals don't like admitting that Romney was a very moderate, sometimes even liberal governor of Massachusetts. But behind closed doors, we wink and nod and say that he's faking being such a hard-line conservative just to get the GOP nomination, and God forbid if he becomes president, all that ultra conservative bullshit will disappear, much like a slightly shaken Etch-a-Sketch.
As for the Etch-a-Sketch itself, we Americans have gotten so dumbed-down we need our political imagery to be simple.
Mitt Romney's politics are flip floppy. Like an Etch-a-Sketch, they can change with very slight prompting. OH, I GET IT NOW.
Watch and see, once the race begins and it's Obama versus Romney, the Democrats will be purchasing and distributing Mini Etch-a-Sketches like campaign buttons.
Though it's hard to believe that a simple child's toy like this can bring down a presidential candidate but like Quayle's potatoe, the deed has been done.
Posted by Karen Zipdrive at 4:29 PM 3 comments: 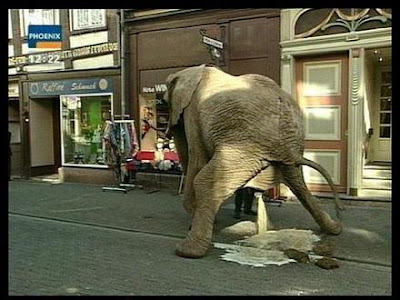 One thing you can say about the GOP primary, the slate of candidates have managed to make each other look as insane and smarmy as any Democratic strategist could have done.
I maintain that the GOP intentionally fielded this slate of zealots, creeps and losers so Obama could win a second term.
Why? Because the budget, though improved a respectable amount, is still fucked up and the Republicans want to wait until the Democratic incumbent restores it so they can come in four years later to loot and plunder it once again.
Why else would the GOP permit the likes of Rick Perry, Michele Bachmann and Ron Paul to enter the race?
Does anyone reading this sincerely believe that the presumptive winner Mitts Romney was truly the best candidate they could field?
Seriously, the GOP thinks the Bain Capital guy who belongs to a religious cult and has secret bank accounts in the Cayman Islands and Switzerland is the creme de la creme?
All Barack Obama has to do to sail to victory is to play excerpts from the 1,001 GOP debates and let the voters review The Creep Show for themselves.
This all would be hilarious if only the truth was not so ugly and frightening.
To think that a slimy, corpulent reptile like Newt Gingrich was even allowed to enter the primaries after his reprehensible political history shows us that the party of All American Family Values is anything but that.
How embarrassing it must be to be a Republican these days.
You'd think after foisting off Bush and Dick on the American public for eight years, they'd want to restore a semblance of respectability by running a credible primary.
Tell me in the comments, if you had to vote for anyone who was in this GOP primary, who would you choose? No fair saying nobody, you have to select one.
Good luck.
Posted by Karen Zipdrive at 10:40 PM 4 comments: