***SPECIAL UPDATE***
Due to a certain Korn fan's attempt at stuffing the ballot box, I am sad to report that my weaselly real life friend Jim Bob* has disqualified his entry from the race.
So far, "Your Eyes" by Peter Gabriel is winning, and I hereby change my vote from Brenda Russell to Peter Gabriel.

Everyone has at least a few favorite love songs that the moment they hear they are transported to a happier place.
I have many, but my entry is "Piano In The Dark," by Brenda Russell.
Her anguish, hope and passion provide the listener with the chance to feel those same emotions, vicariously through her.
Tell me your favorite love song in the comments, and if you like, please provide a link to the song's YouTube video, if there is one available.
The winning song (whichever gets the most votes) gets played here, along with a quasi scholarly essay on the song and its artist.
So, watch this video, get inspired and comment.
:D

Sorry For My Recent Lack of Posts 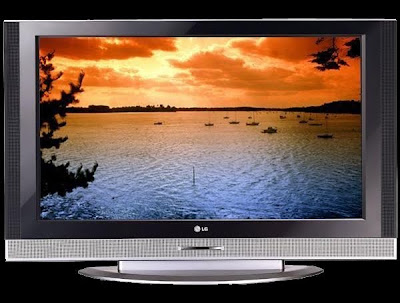 A week or so ago, bad weather made my cable TV go kaput.
I started thinking about the exorbitant fees cable providers charge, and that led me to start thinking about going off the grid.
Enter Roku, a little box that streams TV through my router's WiFi connection.
Wow! I thought this might be the answer.
I visited Roku's site and purchased their top model for $100 plus shipping.
They promised I'd be watching TV within 5 minutes.
They lied.
Their instruction manual was a piece of shit, too.
It took more than 10 hours for my computer tech to try to hook it up, with the "help" of at least six Indian techs, straight out of "Outsourced."
After three days, we finally got the damn thing to work.
I joined Netflix and HuluPlus for $7.99 a month each.
Now I have been in a haze of TV viewing pleasure.
I've watched at least 10 movies about Paris, a couple of Bollywood films and a lot of TV shows and documentaries.
The drawbacks is that a network show you love that comes out on Monday cannot be seen until Tuesday. Getting news is dicey as well.
If a show or movie is in HD, you have to have enough netspeed to get it. Alas, I do not.
But I figure for $15 a month, what the hell?
I get to see weird movies and shows that cable did not provide.
As a TV addict on a budget, it's great to tell Time Warner where to shove it and watch so much TV that $15 a month is really worth it.
Roku's software is incredibly poor. They are said to be coming out with a second generation that will be better. Uh huh, that's what Microsoft said about Vista.
But for now, if you want to know about obscure French movies with strong female leads, I am your woman.
And I'll start blogging regularly again, I just need to watch a couple thousand movies that look interesting.
:D

P.S. I do not own an LG TV. LG stands for Lucky Golden, a Korean company known for trashy things that plug in.
Posted by Karen Zipdrive at 11:25 AM 7 comments:

Email ThisBlogThis!Share to TwitterShare to FacebookShare to Pinterest
Labels: Between Roku and a Hard Place 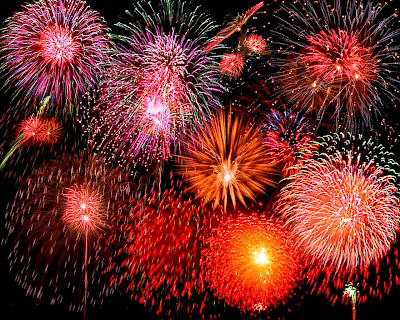 Has anyone noticed that the Middle East populations seem to be overthrowing all their governments?
How interesting I find this news.
I'll bet George W. Bush is glad he's out of office because all this unrest in the M.E. would definitely have given us some ideas.
What's your take on it?
Posted by Karen Zipdrive at 9:33 AM 8 comments: 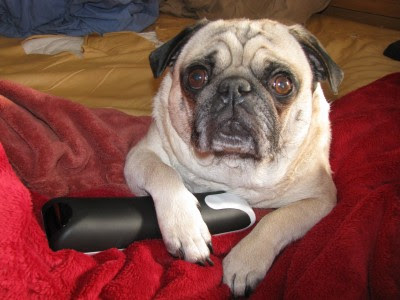 Singer Nico kind of sums up this year's VD for me, you know, off key and dark.
Why are things so dark? Read on after the video.

Recent stormy weather messed up my cable TV. Knocked it out.
So I decided to skip expensive cable TV and go modern. My Big Sis researched and suggested Roku live streaming TV via a little black box that picks up the WiFi signals from my router.
Yesterday my friend Nancy, a computer nerd, worked for almost 5 hours trying to hook it up. She spoke with at least four different Pakistani or Indian tech reps, when finally one said, "We have tried everything--it's clear the Roku unit you have is damaged and will not work."
I ended up taking it back to Radioshaft where I purchased it.
I ordered a new one online and expect it on Wednesday.
No TV for more than a week has made me one grouchy Valentine*.
Feh.
Happy Valentine's Day.

* I do have a Valentine's date, however. We are going to iHop. WOW.
Posted by Karen Zipdrive at 9:46 AM 8 comments:

Email ThisBlogThis!Share to TwitterShare to FacebookShare to Pinterest
Labels: VD

How is This Continuing to Happen? 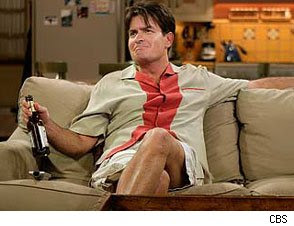 You know you're being paid too much in Hollywood when you order your hookers by the half dozen and your drugs by the brick.
I've never seen Charlie Sheen's show, "Two and a Half Men," but is it so brilliant that Sheen can virtually piss on every law in California and still make $1.25 million an episode?
Did you know if his latest drug & hooker scandal results in a ratings boost for the show, he'll be given a substantial bonus?
How can he get by with all this multi-witnessed illegal drug and prostitution activity without the LAPD raising so much as an eyebrow?
Why is CBS paying this low bottom drunk/addict so much money when everyone can see he's got some sort of crazed death wish that all that money is expediting?
Rumor has it, he's so spoiled and indulged that he refused to go to rehab, so his people hired some rehab guy to sober him up in the comfort of his own mansion.
Yeah, the same mansion where just last week he was on an extended bender with five hookers and a brief case filled with cocaine, hand delivered by his dealer.
Are we supposed to believe his trip to the ER was because his hernia was acting up on him?
At age 45, he's as broken down and disabled by multiple addictions as that creepy homeless guy with the "golden voice" who couldn't last in rehab past a week.
Has American society become so degenerate that a morals clause in a TV contract is considered a quaint concept reminiscent of the 'I Love Lucy' era?
Yes, it has.
Look at this up-and-coming young train wreck: 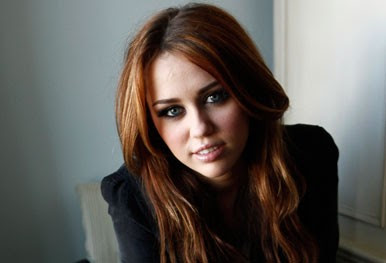 She went from being an allegedly wholesome Disney star to a whiskey voiced, bong smoking, stripper pole humping slut in a matter of months.
When a minor is a multimillionaire with parents who peaked in the 80's, she becomes the chief breadwinner in the family. Who's gonna lay down the law to her, Billy Ray Cyrus? Not unless he plans to start making the mortgage payments, he won't. Her parents couldn't even object to her shacking up with her Aussie co-star before she turned 18.
Charlie Sheen and Miley Cyrus should be shunned and boycotted by the public until they get some psychiatric treatment and address their massive problems.
But what I think is driving all of this is the public's morbid fascination with impending doom. Who would be shocked if either of them OD'd and died?
We all know a fatality for either would be a ratings bonanza for celebrity gossip TV shows and tabloids.
News like that would lead the headlines, from network news to print media to the Internet. News of the unrest in Egypt would be completely eclipsed by either of them showing up dead somewhere.
How can anyone still be fans of these arrogant punks when we all know they are the nation's worst role models who operate totally outside the law?
Where's the wholesome family viewer outrage?
We have a morbid desire to watch celebrities burn out and croak.
I just wish they'd get on with it so we can move on to another topic of American tastelessness.
It makes me long for the days when 'I Love Lucy' wouldn't allow Lucy and Ricky to use the word "pregnant" when Lucy was expecting their son Desi Arnaz junior.
Even married couples had to use twin beds on the sitcoms of yesteryear, but with this new crowd, clearly anything goes.
The mystery to me is that anyone ever liked either of them to begin with.
What's your take on it?
Posted by Karen Zipdrive at 5:56 AM 12 comments: