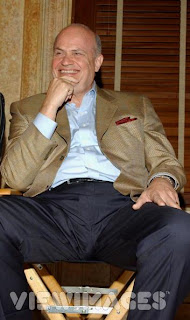 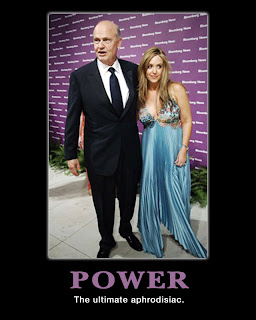 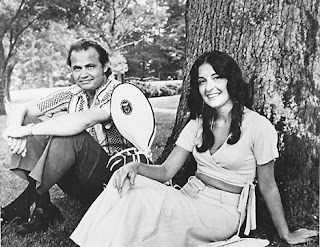 Fred the Notorious Cocksman
Pic #1 Here's Fred and the would-be First Lady who divorced him because he was a notorious cheater. She was knocked up with Fred Junior when they married.

Pic #2 Here's Fred with the Trophy Wife.
Before he married her in 2002, during the Lewinsky scandal he sent Clinton's Chief of Staff a naughty note that said he "shared Clinton's taste in cigars."

Pic #3 Is this the wide-stance crotch and crouton teeth you want to stare at for four years? I think not.
Posted by Karen Zipdrive at 12:40 PM

Oh no, another Spreader. Great picture of Fred and his granddaugter but what does the new wife look like?

Men should learn that we do not need to see their scantily covered nutsacs when they are seated.
Close your legs, ya freaks. Nobody wants to stare at that.

I'm sure I fucked up the link here, in which case simply paste it in your browser. Rachel Maddow is hysterical.

I expect you to fall in love in 30 seconds, Zippie, which you might as well do now that Australia is closed off to further Texification.

She's cute, all right, but I am still holding out for a certain little cute kangaroo-butt who'll go unamed.

So, I went to Jane's profile and didn't see a picture. So what's with the cute??

I know what a sucker for a pretty face you are.

p.s. What's this thing you have for distances?

All of the above.
Jane and I have belonged to the same e-mail list for almost 10 years.
She submitted a picture way back when and her gorgeousity was etched into my brain for all eternity.
I used to have a thing for long distance romance but a certain lunatic from a bordering land pretty much killed that for me.
Only Jane from down unda could resurrect my penchant for the geographically undesirable, and she's clearly not interested.
Woe is me.

Woe is you, Zippy. Don't sweat it. That vegemite stuff is nasty.

"Crouton-teeth" -- pure gold! I'm laughing my ass off right now, only trying to hold it in quietly so I don't get discovered playing on the blogs during work hours! (I may burst a kidney)

I gotta give credit to my big sister (aka: anonymous) for the crouton teeth line. She's been branding certain people with that unfortunate moniker for ages.

even when he was young, freddie still looked like that Curtis Mayfield song -- "Freddie's Dead"