Why I Stay Home on New Year's Eve 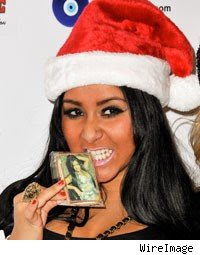 There are two types of people who go out on New Year's Eve: drunks who think every Saturday night is New Year's Eve, and moderate to non-drinkers who only go out and get drunk on New Year's Eve.
The latter order Chivas Regal & Coke, silly umbrella drinks and sugary wine spritzers.
The former will drink anything they can afford, and as much of it as they can hold.
Around 2 a.m. in most areas of the U.S., bars close and these pro and amateur drunks all stagger out to their cars and attempt to drive home.
Oh sure, there are cops aplenty to bust the drunkest of the lot, but how many sneak by the cops weaving, speeding and tail-gating like drunk monkeys? The rest of them, that's who.
Even going to a friend's house is out of the question.
If you don't drink a drop and stay until just after the stroke of midnight then leave immediately, you'll still be in the cross-hairs of drunken drivers who couldn't last past midnight.
In San Antonio there's another issue--lawlessness in terms of public fireworks detonation. Residential streets are perfect for launching fireworks of all sizes. Who wants to turn onto their street and run over a $39 chrysanthemum firework just as it's about to launch skyward?
One year a friend of mine had a party outdoors in her backyard. I skipped it, for obvious reasons, but a mutual friend ended up catching a bullet on top of her head because some drunk asshole in the vicinity fired a gun into the air to celebrate.
She had to be rushed to the hospital for emergency surgery to remove the bullet.
See?
There are too many bad variables to get me out on New Year's Eve.
Besides, I may need to stand in my yard with a hose in case someone launches a firework that lands on my roof and starts a huge fire. I just hope I don't catch any idiot's celebratory bullets with my skull. :/
Posted by Karen Zipdrive at 3:15 PM

i have no desire to go out on new year's eve. everyone turns into a cast member of the jersey shore, and i can live without that.

We don't even make it to midnight. Seeing in the New Year? Feh.

Still, I seem to remember a New Year's celebration that included us both in CA. I was the designated driver so that Maria and Diane could drop acid, and we all went to some bar in... was it Garden Grove? You were there, weren't you?

What an insane evening.

I always wondered how bad an injury people would get if hit with one of those bullets fired up in the air.

Lulu, I don't recall that New Year's Eve, but then I don't recall much from our salad days in SoCal.
We did drink a bit back then--that much I do recall.

Matty, as the bullet starts it's downward trajectory it still has the velocity to penetrate a skull.
Or a dog or cat's body.

I live in a college town. Need I say more? Not going out on the most drinking-est party night of the year.
Besides, had a few deaths in the family (elders) this year, so not really in the mood for a loud rockin' out gig.
The best music in town a Carnival Samba marching band is playing at a place w really bad acoustics that will be packed to the gills.
Nah.

Happy New Year to you though KZ.
Best Wishes!

happy new year, zippy!! i'm so boring that i even missed the ball dropping (for the first time ever, i think). i was busy panicking over what to post at the raisin, and i wasn't paying attention to the clock.

Had a romantic early dinner at a local French restaurant, came home and watched a good movie and thanks to Tylenol PM and one other unmentionable product we were asleep before midnight and missed greedy Dick's Rockin' Xmas Eve and all the surrounding blow ups and hoopla.

My next door neighbors partied from noon on Friday to 4 a.m. on New Year's Day. That included grilling an entire goat on the barbie, and the pounding bass of Tejano music the whole time.
Yes, I did politely ask him to turn it down, and he did for a few moments each time.
Methinks his shade tree mechanic business in our residential neighborhood is about to come to an end. The guy needs to move out to the country where there are no neighbors to disturb.
I plan to help him make that dream come true.